The purpose of the club was to ride and enjoy the new black biker set in Los Angeles & Oakland California.  Two Names were placed on the table as to what the club was going to be called. "The Patriots Of Iron & Steel" was one, the "Chosen Few " the other. After choosing the latter, The Chosen Few MC was born. 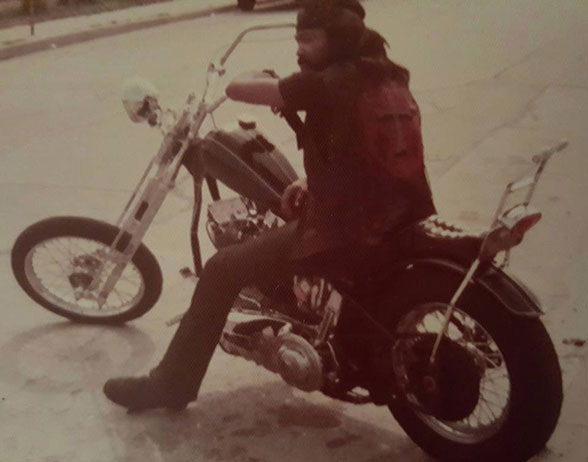 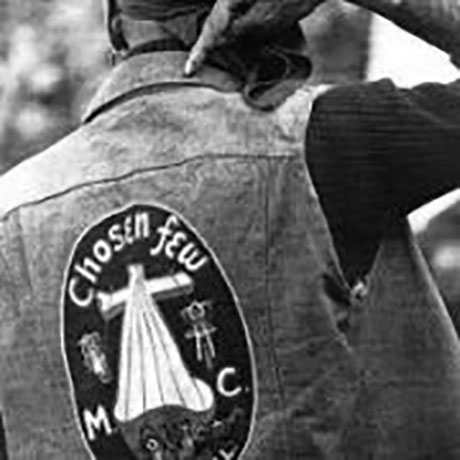 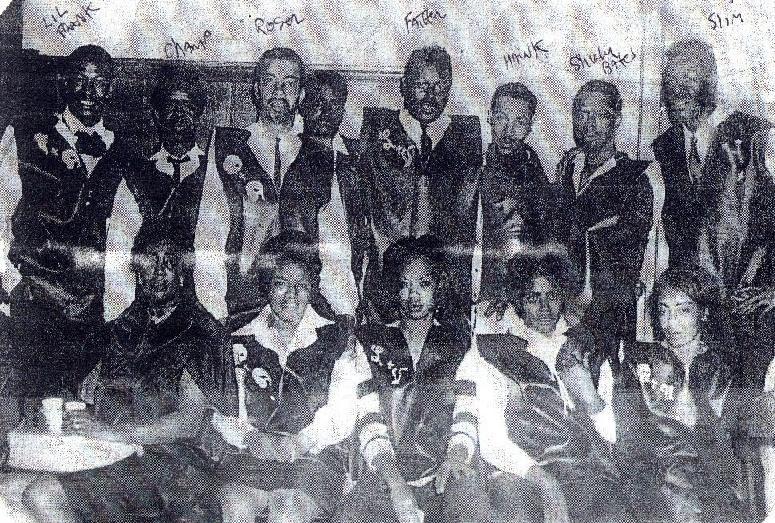 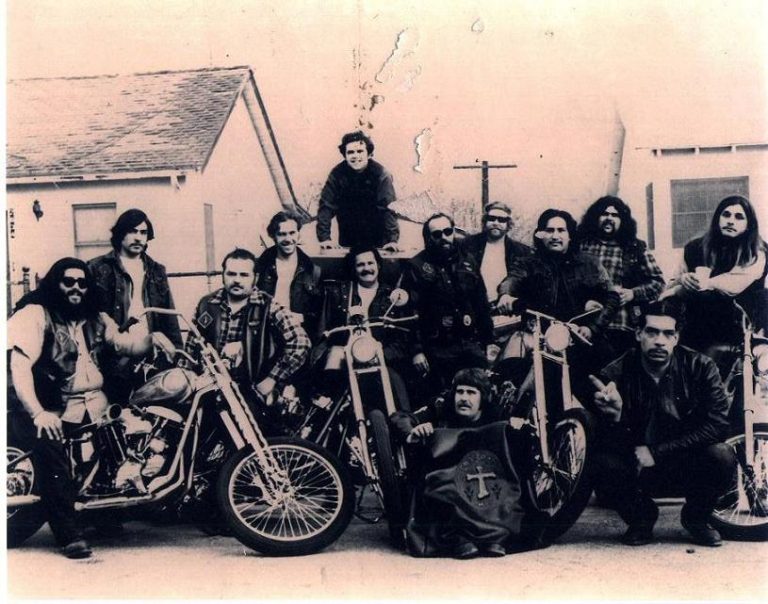 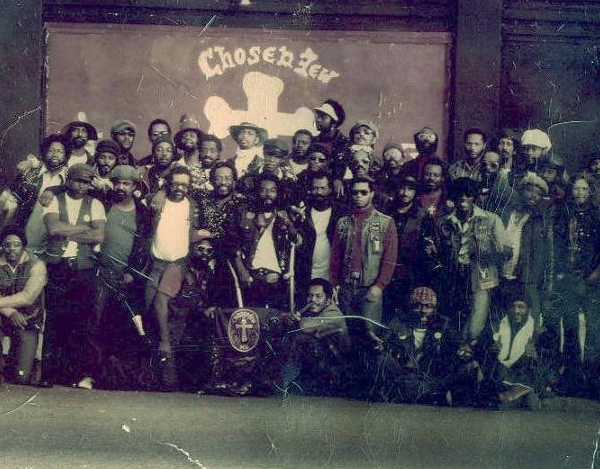 The original patch was black & white.  After a while it was changed to red & white. An oval sea of red blood with white human Crossed Bones in the Center and White letters saying "Chosen Few" arched across the top of the cross.


The 60's was a hell of a time. With the Civil Rights Movement, The Viet Nam War, Flower Power & Free Love. Sex, Drugs, & Rock & Roll. Also the crazy world of the outlaw bikers. When you talk of the outlaw bikers you automatically think of "Them Crazy White Boys" doing what a lot of folk wish they could do. "Live Life like You Want to & Fuck You and Your Rules". Well guess what... there was some crazy black bikers who felt the same way, and didn't give a FUCK.

Bay areas clubs like the "East Bay Dragons", "Soul Brothers",  "Frisco Rattlers", "Outlaw Vagabonds", "Defiant Ones", and down south in Los Angeles, the "Choppers", & of course The "Chosen Few".

The first white boy to come to the Chosen Few was "White Boy Art." He came around 1960, followed by "White Boy Tom". Soon we started to attract other white outlaw riders that wanted to join us.

The Chosen Few became a multi-racial MC with chapters that were, all black, all white, half white and Mexican, half black and half white, all Mexican, half Mexican & Indian with a few Asians & one Iranian. Our "Take None, Give None" diamond was given to us by "69 Jim" who was a 5 foot 6 inch radical Mexican. This patch has stood the test of time.

The Club may have started out black, but our white brothers took us head on into the outlaw biker world. The white clubs knew about The Chosen Few. They knew it was a black club. Then they saw the white bro's flying the same patch as the blacks. "The Shit Hit The Fan".

It became well known that "In Black & White We Really Had Might". 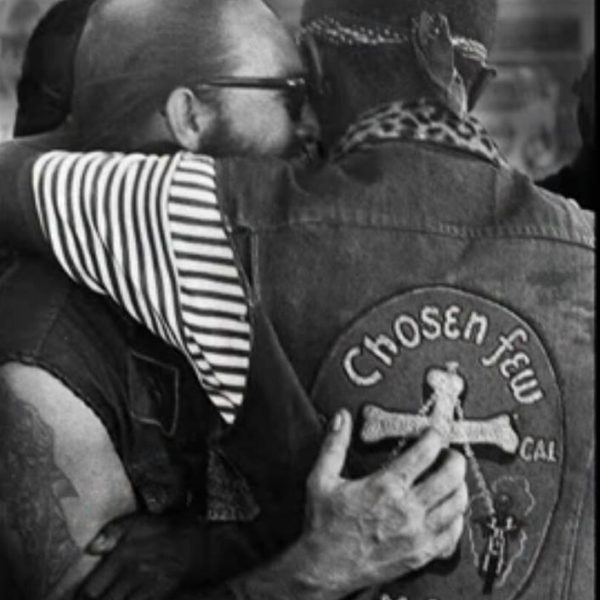 Creed of The Few

"Many Are Called. Few Are Chosen."

Creed of The Outlaw

"The Enemy Always Arrives At The Banquet Of Death A Day In Advance, To Dance With The Devil."

Here's some thoughts on the concept of "Few"

Thanks go out to Brother Sullivan and an author from many years ago. We share them with you on this web site.

"That he which hath no stomach to this fight, let him depart; his passport shall be made, and crowns for convoy put into his purse; we would not die in that man's company that fears his fellowship to die with us. This day is called the feast of Crispian: he that outlives this day ,and comes safe home, will stand a tip-toe when the day is nam'd and rouse him at the name of Crispian. He that shall live this day, and see old age, will yearly on the vigil feast his neighbors, and say,"Tomorrow is St. Crispian:"

Then will he strip his sleeve and show his scars,and say, "These wounds I had on Crispin's day". Old men forget: yet all shall be forgot, but he'll remember with advantages what feats he did that day. Then shall our names, familiar in his mouth as household words, Harry the king, Bedford and Exeter, Warwick and Talbot, Salsbury and Gloucester, be in their flowing cups freshly remember'd. This story shall the good man teach his son; and Crispin Crispian shall ne'er go by, from this day to the ending of the world, but we in it shall be remembered;

WE FEW, WE HAPPY FEW, WE BAND OF BROTHERS;

for he to-day that sheds his blood with me shall be my brother; be he ne'er so vile this day shall gentle his condition; and gentlemen in England, now a-bed shall think themselves accurs'd they were not here, and hold their manhoods cheap whiles any speaks that fought with us upon Saint Crispin's day. 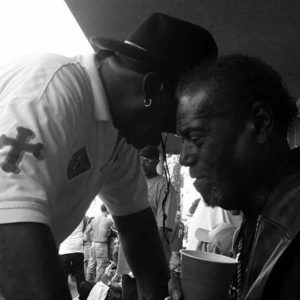 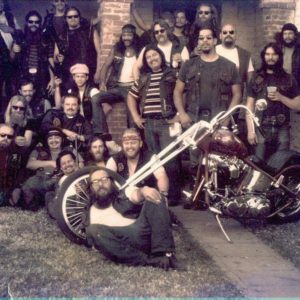 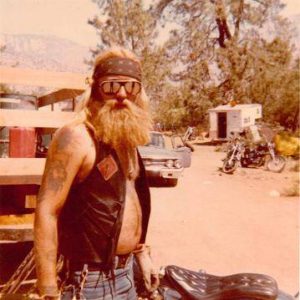 Saga Of The Chosen Few - by Fox
Brothers Of The Cross
Riding Two By Two
As Far As You Can See
It's The Outlaw Chosen Few.
Riding Down That Long Highway
You Can Hear The Engines Roar
The Thunder Of The Harleys,
Few Can Ignore.

The Saying Came From The Bible
That's A Natural Fact.
Blacks, Whites, Asians & Hispanics
Chosen Few Blazing On Their Backs.
Brothers Doing The Things
That We Love To Do.
That's The Life Of A Outlaw
Chosen Few.

If You Don't Stand For Something,
Then You Aint About Nothing.
Be About It Or Be Without It.
Many Are Called,
Few Are Chosen. 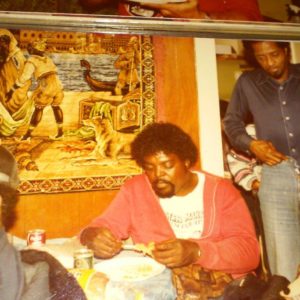 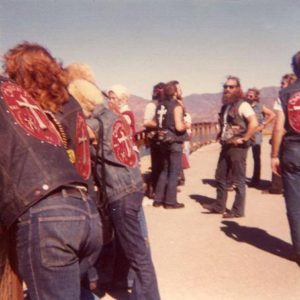 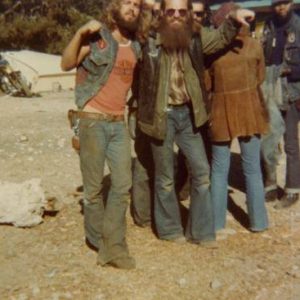